‘Where The Night Goes’, was the first album by electronic chamber group Infantjoy, released in 2006.

Produced by James Banbury and Paul Morley, a journey through a single night haunted by the music of Erik Satie, it includes a version of the classic Japan song Ghosts gorgeously sung by Blackbox Recorder’s Sarah Nixey. The highly portable lighting set-up was created for a European Tour to give the gig a distinctive modernist look.

Infantjoy is literally a musical collaboration between cellist/percussionist James Banbury and conceptualist/percussionist Paul Morley. They met whilst compiling a remix edition of the Art of Noise album The Seduction of Claude Debussy – Morley as a member of the Art of Noise whose contribution to the group was somewhere between making the tea and dreaming the whole damned thing up, Banbury as an ex-member of the Auteurs with his heart forged by Sheffield electropop and his mind made up by modernism. They decided that their first musical act as Infantjoy should discreetly and indiscreetly acknowledge the composer who suggested that you play a piece of his music by ‘wondering about yourself.’ or by ‘opening your mind’ or by being ‘as light as an egg’ – Erik Satie, a major influence on Debussy and Eno, the former triggering most modern music, and the latter re-routing most post-modern music. – infantjoy.com

photos: Greg Lexiphanic at The Lumiere

Where The Night Goes 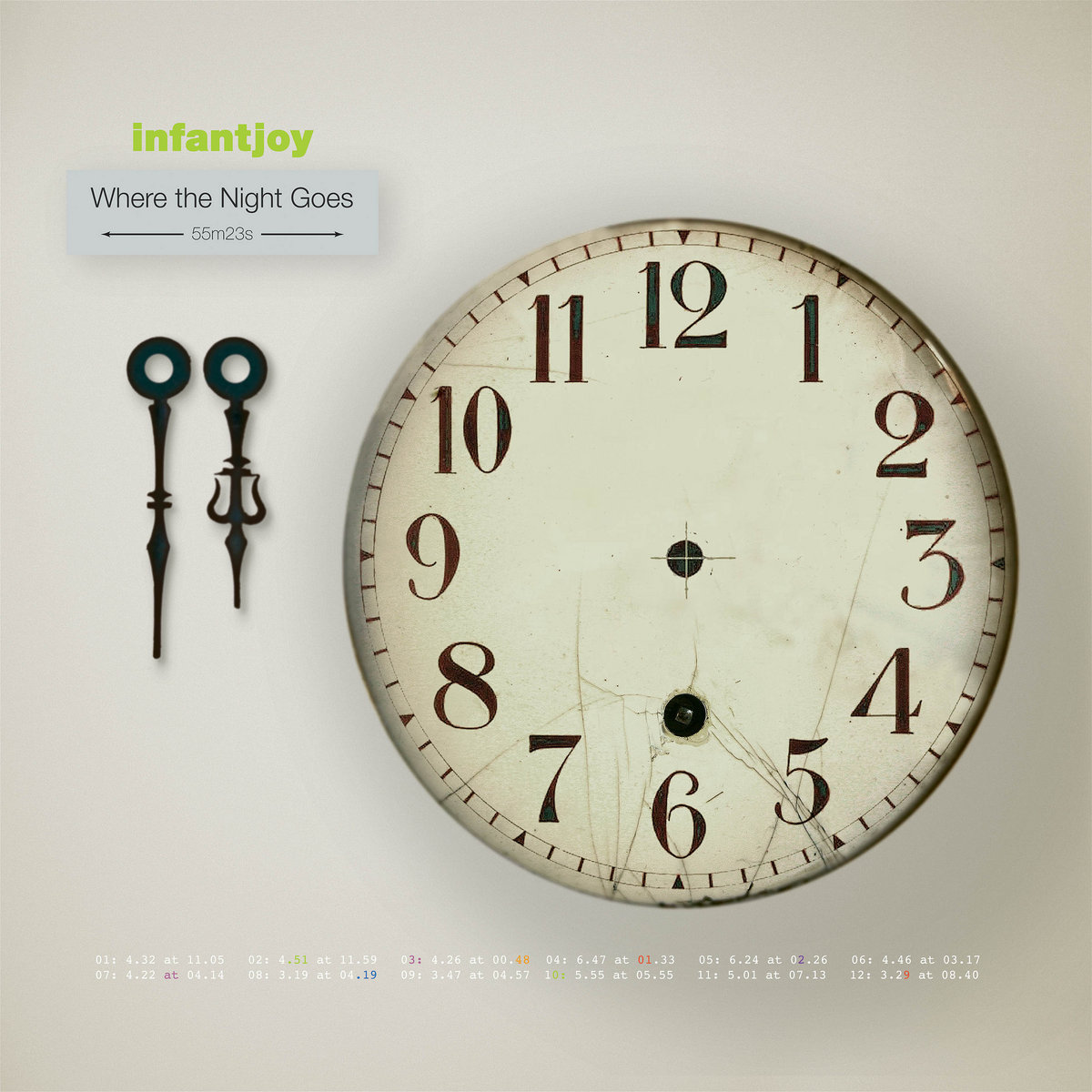 Where The Night Goes - Infantjoy