Hedeland is a 15 square kilometer recreational area recovered from gravel pits, located not far from Roskilde. The 3,500 seat amphitheatre was constructed between 1994 and 1996, it is the largest permanent outdoor stage in Denmark. The construction of the set involved 500 tonnes of material to create a Scottish gothic landscape.

“The scenography of Simon Corder fits so well into the landscape that we almost believed that this Celtic cemetery was always there. In addition, a small pond has been constructed where a young girl is drowned. A long wall also serves as a wedding table when a white tablecloth is pulled over. At the same time, the little island in the lake behind the scene is red blooded – it is a fantastic effect created by Simon Corder.” – Kulturtid.dk, 6 August 2018

This production was nominated for two CPHCulture Awards in 2018: ‘Opera of the Year’ and ‘Opera singer of the year’.

“Simon Corder’s scenography, despite Denmark’s summer-dripping, is lush: A juicy green Scottish highland, where the ruins of a gothic church surrounded by moorland graves are overgrown by grass and ivy. Here lies the remains of the magnificence of the proud clans crumbled and buried. On the roof of the orchestra house behind the scene throughout the performance, an ornamental mahogany double bed, the threatening crib, thrives to become both Lucia’s imprisonment and vengeance for the murder that the men’s power games make her commit… Corder’s burst of light douses the whole view in blood,…” – Peter Koch Gehlshøj – iscene.dk , 7 August 2018

“From this moment, when the blood soils Lucia and Arturo, and for most of the rest of the act, the lighting designer places a reddish light over the plants by the lake behind the stage and further away in the landscape – an incredibly fine lighting effect… Direction, design and lighting were beautiful and effective, indeed at times strikingly beautiful,…” – Benny Welinder – Ascolat, October 2018

“The scenography, the scene, the landscape, the swell of a lake behind the orchestra – the illusion of Scottish Highlands. The broken medieval castle, home to violent events, a devilish staircase up to Lucia’s and Ashton’s bridal bed, located on a plateau. Pieces of a cemetery, are buried and overgrown, the afflicted bodies of the family, presumably assassinated and perished by the sword. Over the stage a mile long table to celebrate weddings and funerals, fight duels. All the seven scenes in three acts described on paper gathered in one huge image.” – Gregers Dirckinck-Holmfeld – gregersDH.dk, 4 August 2018 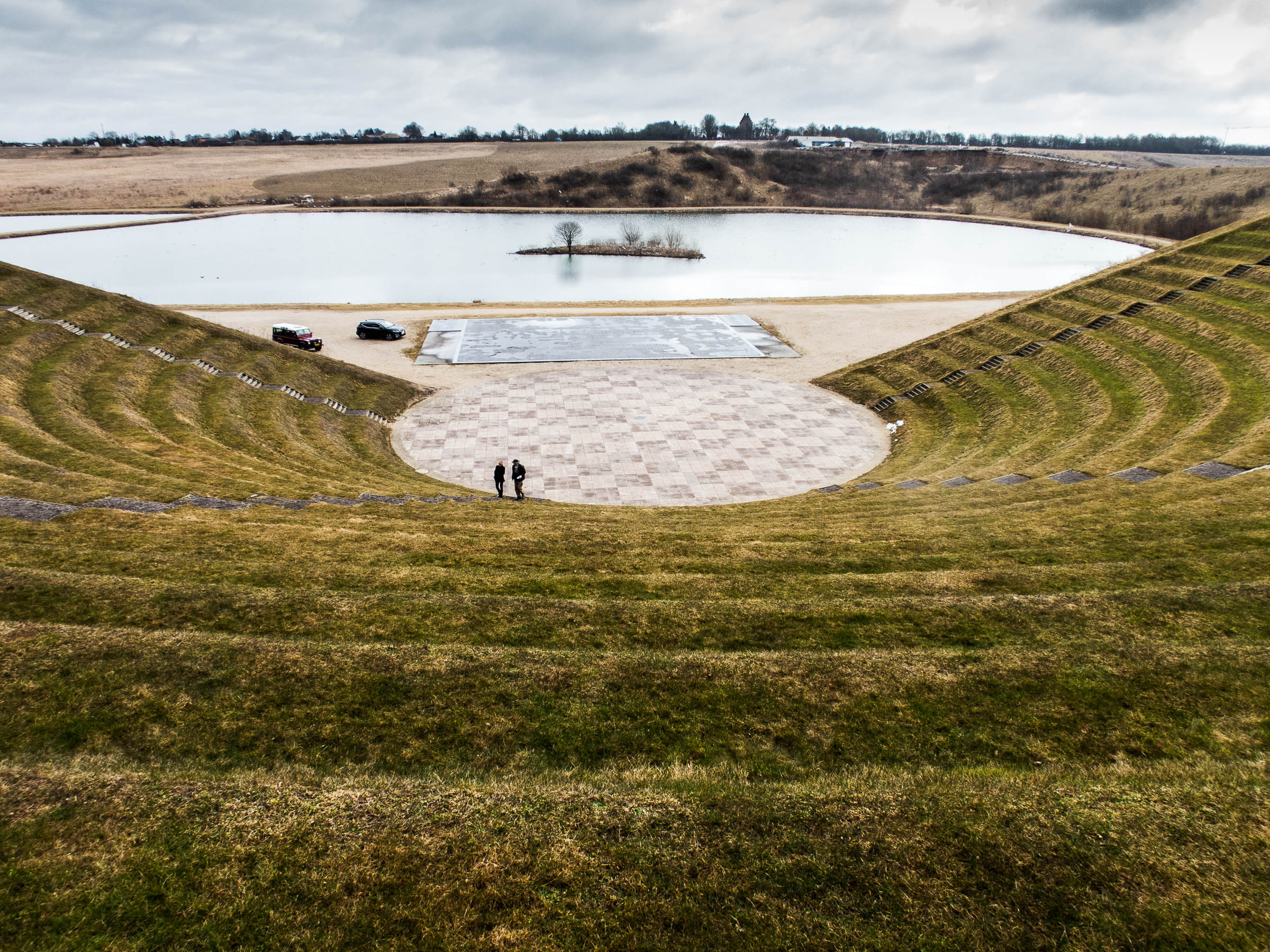 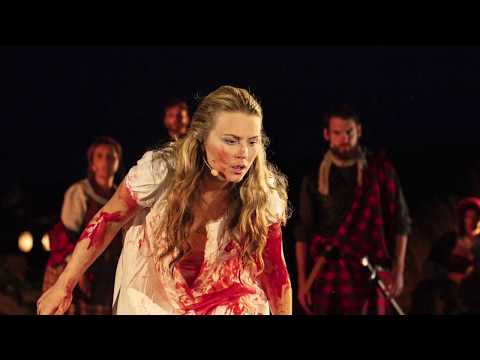