Opera by Frederick Delius. Presented by Teatro Lirico di Cagliari in 2002. The production was revived by the Wexford Festival Opera in the 2012 season.

“Most touching of all were the transcendent final moments when Simon Corder’s evocative, shimmers of green light enwrapped the house in the shifting waters which embrace the fated pair.” – Claire Seymour, Opera Today, 10 November 2012 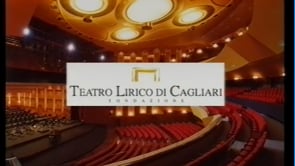 A Village Romeo and Juliet - Cagliari 2002