A new piece of musical theatre for children based on the play written by Carlo Gozzi in 1765.  The show was developed from a version of the play written by David Bridel, it was adapted by Qi Xiaoyun, with music by Wuwei. The Green Bird was supported by the Chinese National Art Foundation.

The show premiered at the Experimental Theatre of the Shanghai Theatre Academy, and toured to several venues in the region. The ‘set’ was a complete theatre with self contained flying, tabs, lighting, and a rear-projected backdrop. Simple scenic elements were repeated in the backdrop media to blend the traditional and high-tech – all in the spirit of a 19th century toy theatre.

“The Green Bird is equipped with super large background screen and multimedia 3D animation on the stage. The style of hand-painted children’s picture book is used to create the visual effect of each
scene. With the lighting to create an atmosphere, the fusion between the virtual and the real makes the audience immerse in the fantasy world of adventure.” – Zhuge Yi, ‘News on the Concept’, 17 September 2018 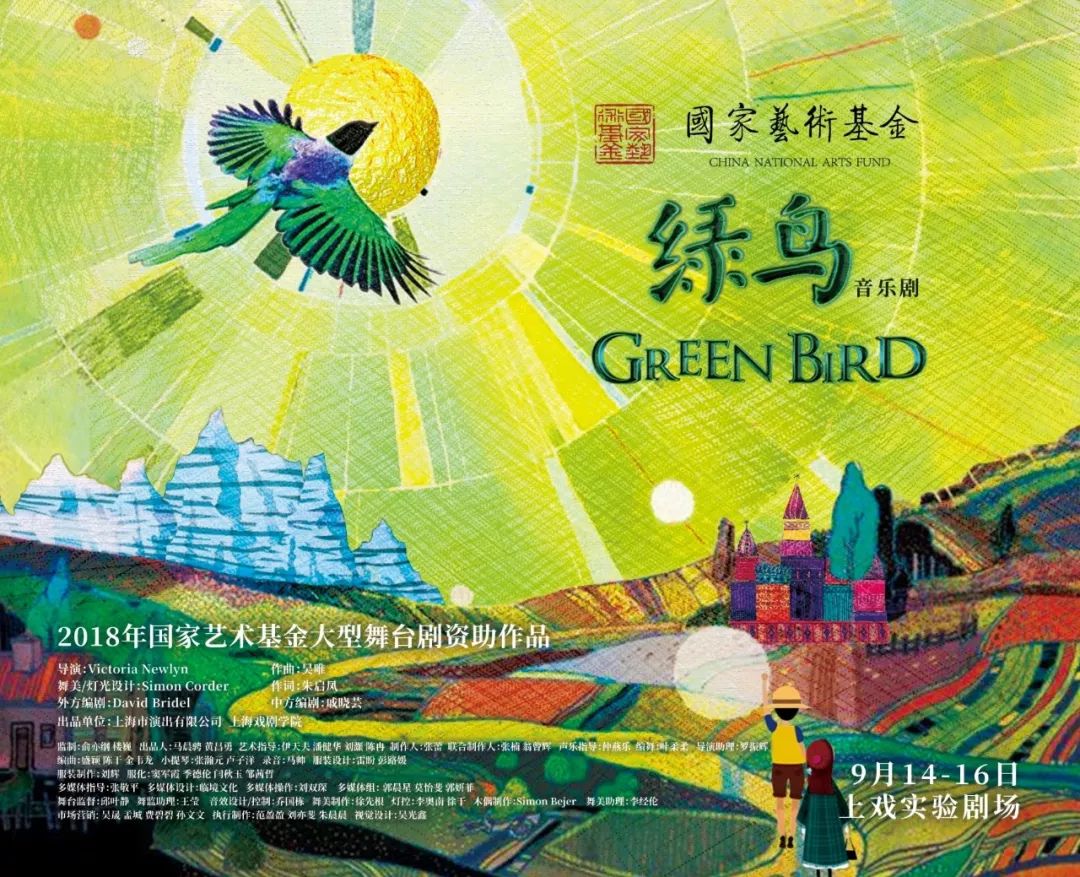