For the 1996 festive light-up of One Canada Square, we painted the iconic pyramid green – a bit like a great big Christmas tree…

Popularly known as ‘Canary Wharf’ in the 1990s, One Canada Square was the tallest building in Britain from 1991 until 2019. This was a 400kW installation of PAR-64 lamps, distributed within the pyramid, all filtered with Lee 122 – Fern Green.

It was a challenging project – all the materials had to go up 50 floors in the ‘fireman’s’ lift, the wind and ice were biting, the cable runs long and awkward, but the views over London from the gallery at the base of the pyramid on a misty evening were wonderful.

The installation was repurposed at the end of our residency to shoot a TV commercial – The Daily Telegraph newspaper occupied several floors of the tower at the time, and were promoting the product launch of ‘Microsoft Office 97’. The helicopter shoot – chilly dusk over London, door off, stunt cameraman leaning out, pirouettes over the tower, hovering low over the river while aeroplanes departed City Airport nearby – an amazing evening!

This project was one of several collaborations with Simon Byford around that time, under the banner of Simon². 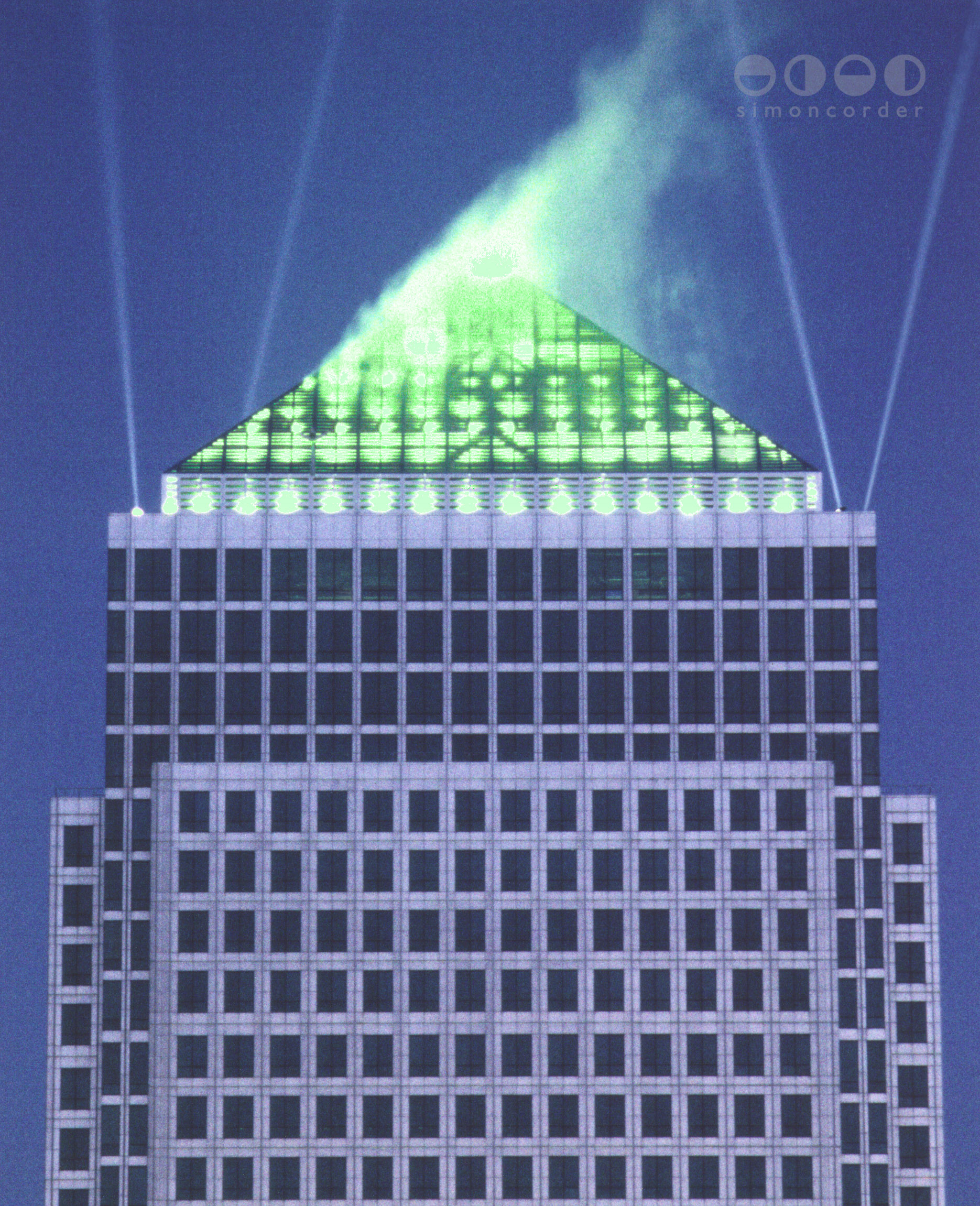